The page is using cookies and it contains sponsored links

Men also wear engagement rings. It is becoming an increasingly new trend in the jewelry industry for men to have engagement rings with fancy designs. It also shows that if both couples wear an engagement ring, they honor their promise to each other.

Let’s learn a little history of engagement rings to assess if guys wear engagement rings also. Engagement rings may be traced back over 5000 years to the ancient Egyptians! It was the first civilization in which individuals exchanged “love rings.” However, these rings were not as fabulous as today with lots of diamonds but rather made of reeds and leather. The ring bands symbolized endless love for a lifetime.

It is amazing to learn that the same idea underpins our modern eternity engagement rings. Even though the Egyptians were the first to come up with the concept of an engagement ring, we cannot just give them all the credit. Rings were first associated with marriage by the ancient Romans. It is a Roman custom in which ladies wore rings linked to tiny keys to signify their husband’s possession. It was a sign that a lady had been abducted when a guy handed her an engagement ring. Knowing this history, it is a little bit archaic for men not to wear engagement rings as it will be likened to the Roman custom of ownership to women. Men don’t wear engagement rings long ago, but today, it is the new trend between engagements!

We are past men’s time above women because today, women now stand on equal footing as men. One thing we need to remember is that we don’t own our partners or special someone. We respect them as individuals – of whom we gave an engagement ring as a promise to love and cherish. This history of Romans was forgotten when the Archduke Maximillian of Austria ordered a diamond engagement ring to propose to Mary of Burgundy. The first romantic proposal in the history of engagements.

Men wearing an engagement ring also shows that he honors their relationship and is proud to show it to others. The engagement ring is not just a decoration or accessory. It holds profound meaning for two loving souls.

Does a Man Get an Engagement Ring?

Let’s enumerate some reasons why does a man get an engagement ring also. This may vary according to culture and tradition. In some places, men also wear engagement rings! Below are some of the following reasons:

There are some instances when the man surprises the woman with an unexpected proposal and presents the ring. The woman also surprises the man in return by going down on one knee and proposing to the man she loves. Most people think that it’s very romantic for women to propose to men. It has popularized the saying, “If you wish to be treated like a Queen, then treat him like a King” – which is true since love is not a one-way street. We must love our special someone to the same degree that they love us also.

Now, that’s a scarce man! Usually, men who hide their wedding ring or who do not wear their wedding often are allegedly prone to being a womanizer. But if a man wears an engagement ring even before the wedding ring, now that’s what we call observable loyalty. Of course, that makes a general statement, just an observable gesture of loyalty and faithfulness to his partner. The same is true for women too! Not wearing an engagement ring does not mean that you have a bad relationship, but you know symbolisms and representation provide a stronger foundation for every relationship. It gives the relationship extra meaning and solidifies your relationship to last a lifetime.

Here are the other reasons:

Who are these men who wears engagement rings?

Now, some notable individuals wore an engagement ring publicly. For example, the famous Ed Sheeran left everyone curious during his event in 2018 when he wears an engagement ring on his ring finger – which was seen visibly by everyone and every camera in the area. He had a straight and simple explanation;

“I see marriage as a partnership in which both couples have equal duties and obligations” – Ed Sheeran.

Both Ed Sheeran and his partner wears engagement ring perfectly shows what he meant.

Another example was also another famous singer Michael Bubler when he proposed to his girlfriend. It’s very easy to spot their engagement ring on their finger since they always hold a microphone when sing.

“In my native country – Argentina – most men wear engagement rings.”

The male engagement ring – once a jewelry industry pipe dream – is become a reality, and due to the tradition-spinning millennials and certain trendsetting celebrities, it is now becoming a reality. Global fashion search platform Lyst found that searches for male engagement rings have increased by 66% since last year.

It is truly based on culture and tradition also as to why men wear engagement rings. When it comes to wearing an engagement band, some guys do so partly because it is the latest fashion. Some are still respecting the long-standing customs of their own native cultures, passed down for generations. Men’s engagement rings have been a custom in several Latin American nations, such as Argentina and Chile, for many years. Those men typically wear men’s engagement rings to display their own history, and some men marrying brides from those cultures acquire engagement rings to respect their fiances family traditions as well. Some are just family heirlooms where men are given a ring from their father that came from his father’s father and his father and so on.

In part, research shows attributes on the surge to male same-sex couples wearing engagement rings and added that renowned heterosexual males – such as Ed Sheeran and Michael Baubles – all wear egalitarian accessories.

Do both partners get an engagement ring?

Men wearing an engagement ring is still a new trend today, so only a few couples in some countries practice this trend. Most couples still stick to the traditional way where only the lady gets an engagement, and the gentleman proposes. Maybe in a year, it will be normalized for men to wear engagement rings since this is an increasing trend today.

Some traditions require both couples to have an engagement ring like I mentioned above, like the royal engagements. This is to ensure that they have sealed the unification of their great houses. Both couples wearing an engagement ring in this kind of set feels like the engagement ring signifies a sealing wax instead of symbolizing love. It is all about arrangement and contracts, materialistic means, gains, and no love. But we all know that love is selfless, kind, and priceless.

But what hand do men wear engagement rings?

Have you noticed that Ed Sheeran and Michael Bauble are wearing their engagement rings in opposite hands? Ed Sheeran on the right and Michael on the left? It’s also about preference. Since singers always hold a microphone when they sing, their engagement rings are always in the spotlight that shines beautifully. Maybe Ed Sheeran is right-handed, and he often holds the microphone in his right hand, so to flex his ring in the audience, he would wear it in his right hand. The same is true for Michael Buble.

Going back to the question, do men wear engagement rings? Some think that it does not matter where you wear it as long as you actually wear it. But some people, especially men, wear their engagement ring on the finger of their fingers of either hand. They sometimes like to wear it on their thumb if they think it looks cooler, or they make it a necklace by placing chain jewelry through the engagement ring.

But why does some guys don’t have engagement rings?

Most importantly, tradition dictates that engagement rings given by a man are a symbol of his proposal to the woman. If the woman wears the engagement ring, it not means that she has accepted the man’s proposal. So technically, the man as the proponent doesn’t have an engagement ring. But in this dynamic society, gender equality is a highly debated topic to be part of the social norms. It asks the question, why should men be the only ones to propose? If the woman accepted the proposal, shouldn’t she return the feelings by giving an engagement ring to the man too? Why should the man treats the woman like a queen if she does not treat the man like a King? The man is no slave and is in no way should be above women. Gender equality should also reflect in every relationship. Love is not a one-way street because if it were, it would not last for a lifetime.

And some guys from this current generation thought that wearing an engagement ring is so old-fashioned, very traditional, very cheesy, and argue that you don’t need anything to symbolize your love for the person. You need to show it and keep it private. Some thought it’s not a trend anymore to wear engagement rings because you will just be wearing one when you wed. Some say that the engagement ring will symbolize the value of your love, so it must be expensive, and if you don’t have money, it is better not to wear one than buy cheap engagement rings.

I hope you find this helpful in quenching your curiosity as to why do men wear engagement rings.

My name is Annika Vallgren!
This is where I write about the good gifts. I have three children of different ages. Sometimes it has been difficult to find really nice gifts for both children, my husband, my father, friends, etc. I have often wished that there was this kind of site where you quickly get help to find the right gift. Here you can quickly find the right gift! Read more…

This site uses cookies to improve user experience and statistics. By continuing to browse, you agree to this. The page includes purchase links. As an Amazon Associate, I make money on qualified purchases. If you shop through one of my links, I get a small commission, but you do not pay a penny more. 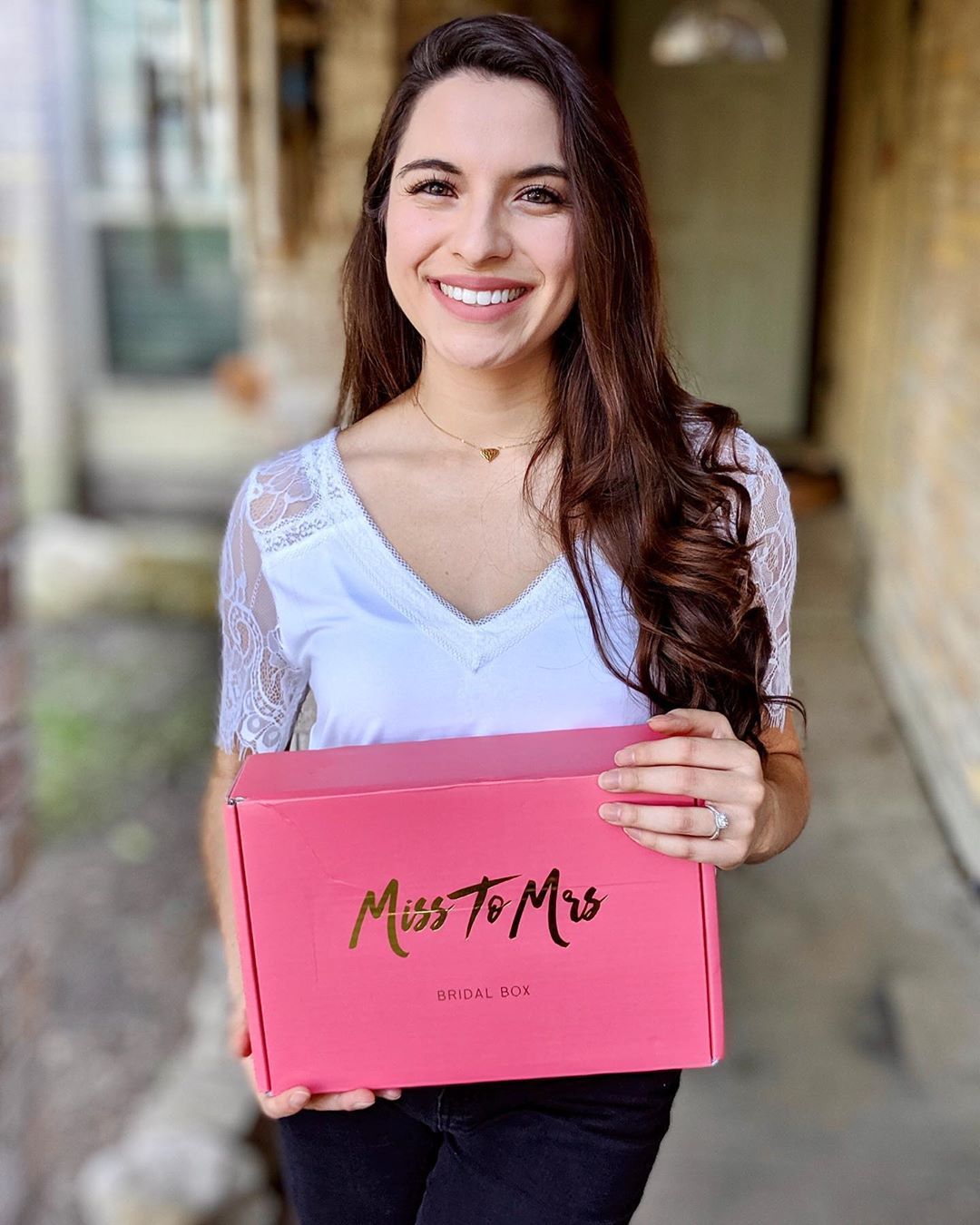